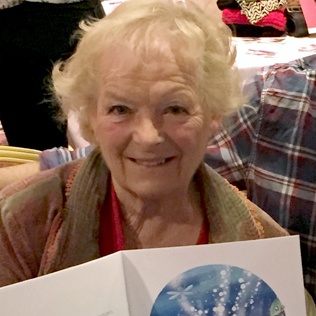 World Book Day is being celebrated in the Alresford Library today at 10.15 a.m. and again at 11.00 a.m. with local author Val Anne Lee who will be reading to two separate parties of local infants from Sun Hill School.  Anyone is invited and Val will be delighted to enthrall and capture the imagination of her audience with her two rhyming New Forest tales - 'On the Banks of Hatchet Pond' and its recently-published sequel 'Podge goes Splodge at Hatchet Pond'.  Both books cover the quite scary adventures of Podge an ugly old frog who hides in tangled weeds and thinks he's "just a useless lump" because he can't fly and a beautiful little dragonfly called Dizzy who uses her sparkling silken wings to flit around the Forest's largest pond. These two endearing creatures become firm friends due to a VERY brave action.  Both stories carry a strong moral.....and HCC Library has agreed that Val also follows up with a book-signing session at the Library the following day: from 10.30 a.m. Sat, 7th March.

Getting To Grips With Ebooks - 3

Getting To Grips With Ebooks - 2

Getting To Grips With Ebooks - 1

WIN ALL OUR CHILDREN'S BOOKS!