Ceratopia Books is a small family-run publisher based in the New Forest operated by Simon and Josephine Chadwick.

Simon got his first break in children’s books shortly after he’d completed his A-levels with the publication of New Forest Friends & The Litterbugs in 1994. With a foreword by Chris Packham, who also hosted the book’s launch, Litterbugs sold 5,000 copies in just a fortnight. It was also picked up by the BBC’s children’s programme Playdays as their story of the day, and so two further New Forest Friends books swiftly followed. The original publishers, New Forest District Council, had to be careful about using public money where profit was being made, so Simon took over the printing and established Ceratopia Books. It was only ever intended to exist to keep reprinting and distributing the New Forest Friends books while Simon worked in advertising and took occasional illustrative commissions but as his design and illustration business grew so did the number of titles published.

Ceratopia Books has grown beyond the New Forest boundaries, and with the likes of Quincey Quokka’s Quest, a ground-breaking collaboration with Dr Steven Howard of the University of Wollongong in Australia, it sells nationally and internationally, and has even begun publishing books by other authors and illustrators. An ability to reach a global audience via the internet makes it possible for a small publisher to exist, in much the same way a micro-brewery or creator-owned record label does. But that has to be coupled with good quality books telling great stories that are fun to read, great to look at, and are a delight to share, and that’s what we’ll always be about.

You can see some of Simon’s other work at www.ceratopia.co.uk 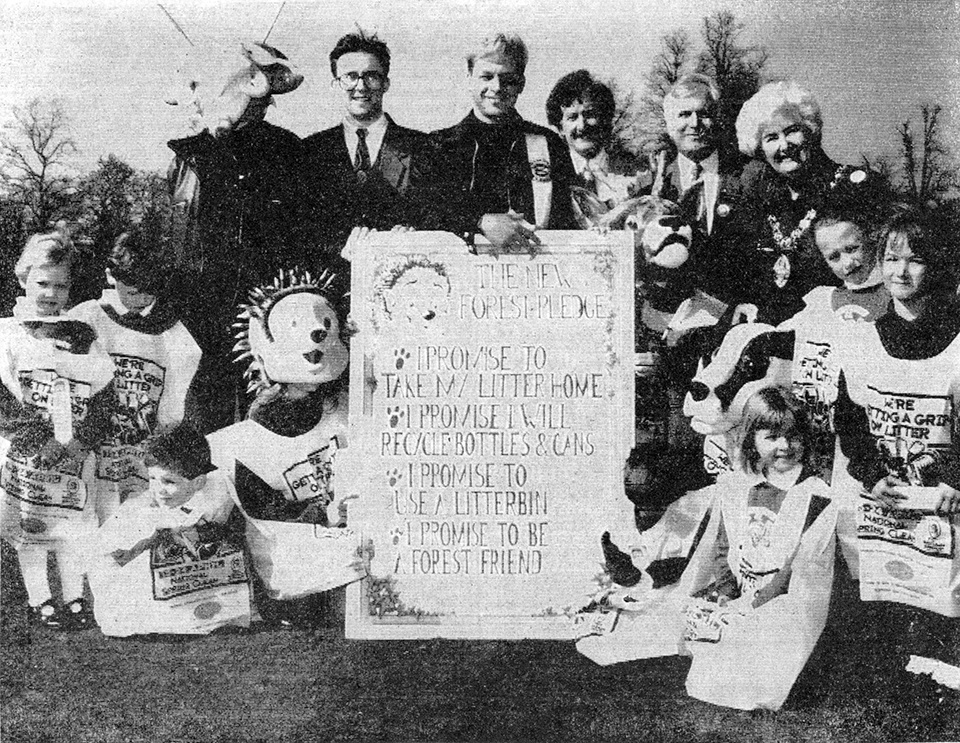 At the launch of New Forest Friends & The Litterbugs with Chris Packham. Simon is back row, second from left.