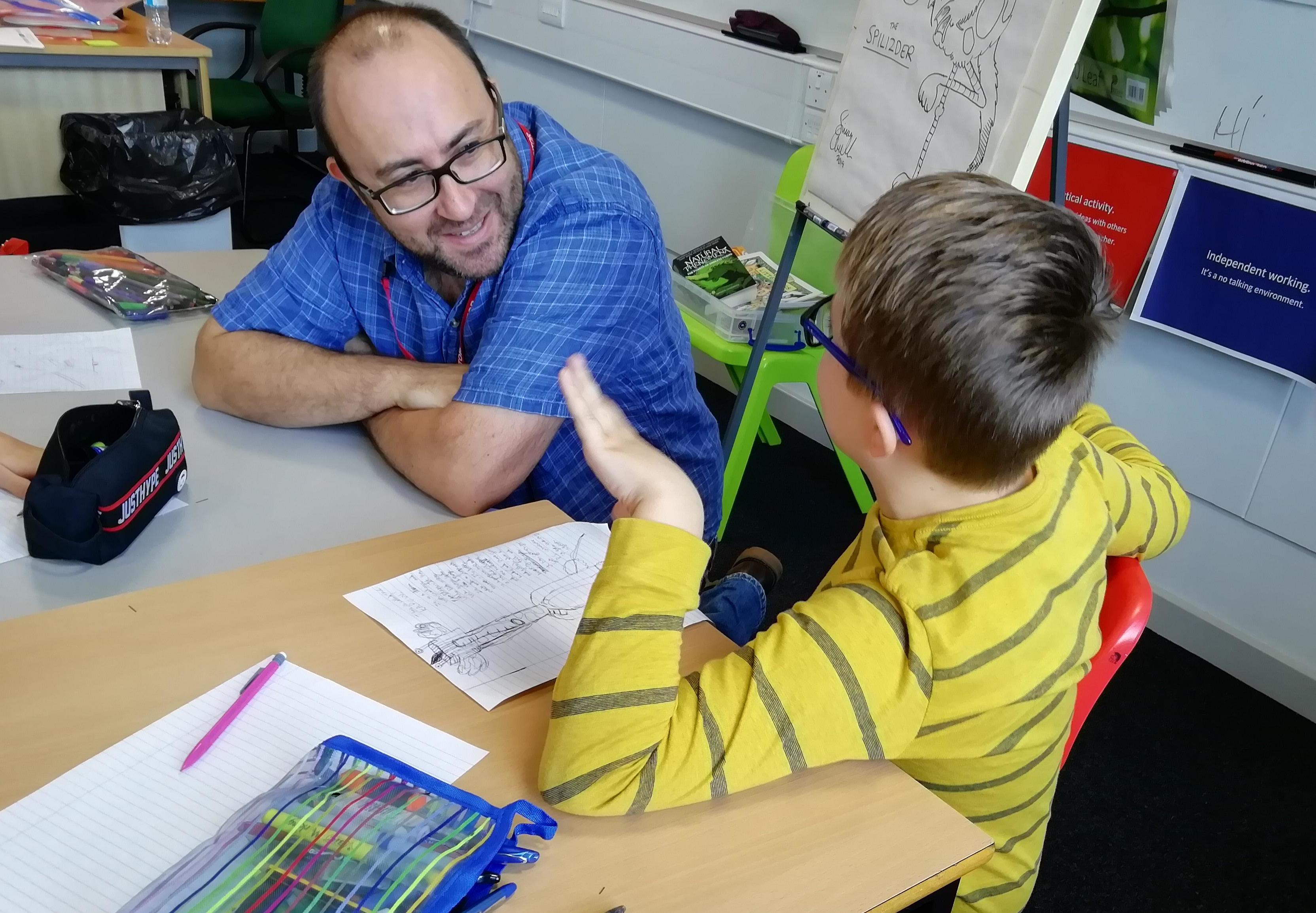 As part of the promotion for his novel Natural Phenomena: The Forest Of Endless Forms, Simon visited Applemore College to spend the day with Year 7. The novel is set on an alternate Earth populated by extinct creatures and animals that may have evolved on Earth under different circumstances, so as a focus for the talks Simon encouraged each class to help him create a new animal out of the parts of others. This live drawing is always a lot of fun. Who wouldn't want to see a T.rex head with koala ears and hamster arms?

This seemed to get the creative juices flowing, so the students were then invited to write a short passage about a creature of their own creation, and even draw that animal if they felt up to the task. The best creation from each class won the mix-and-match animal drawing – a popular motivator that got heads down and pen’s scribbling.

There was also the opportunity to buy a signed copy of the new book too, and have a chat with Simon in the school’s fabulous new library.

Natural Phenomena: The Forest Of Endless Forms follows two friends who stumble upon this strange new world with little hope of returning. Taken in by the people of Farrier’s Rock, a community with high walls to protect themselves from the creatures of the forest, they make new friends but must face a different kind of danger.

The book is aimed at teens (12+) and is available from Waterstones, Amazon and the Ceratopia Books website. 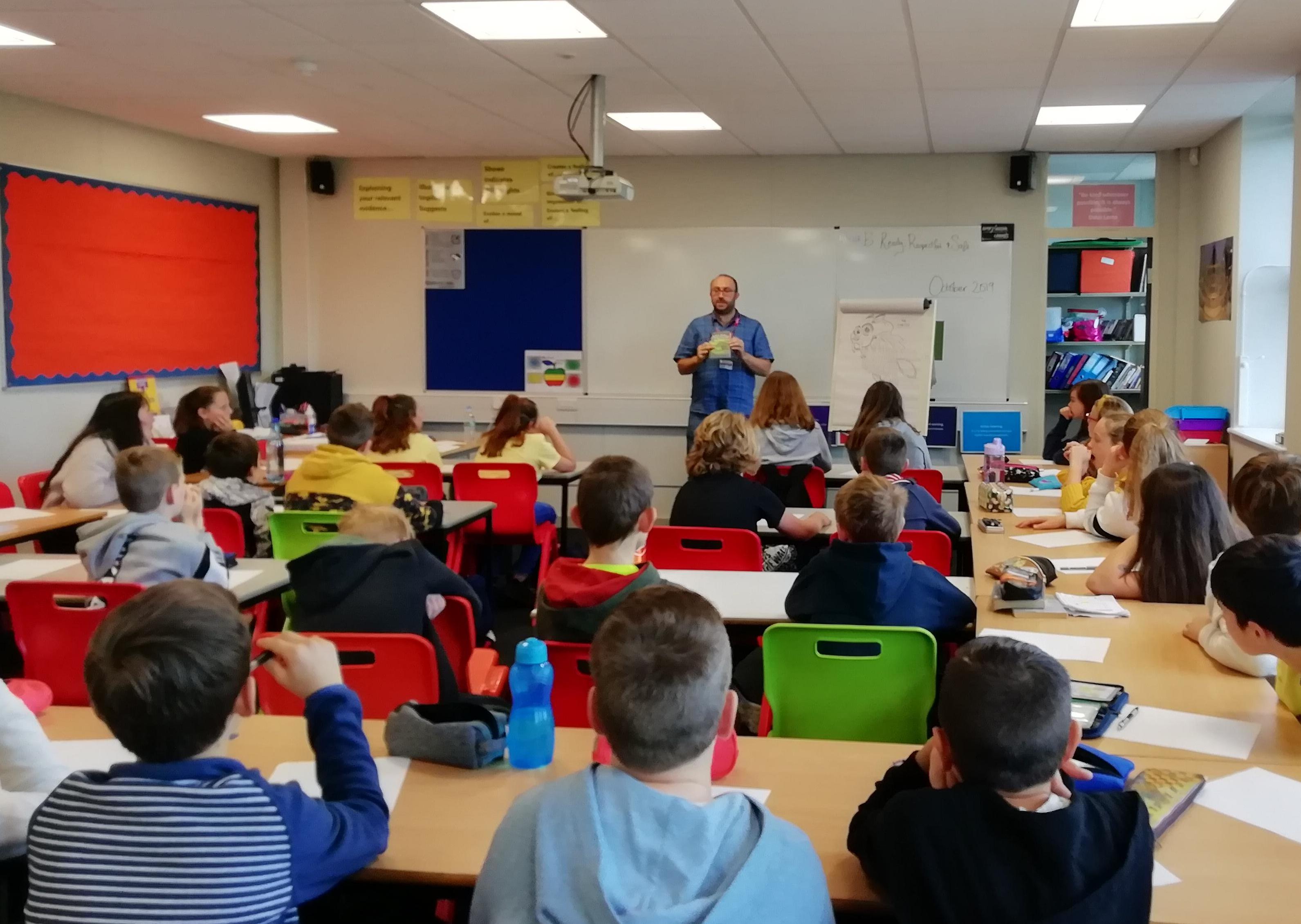 Getting To Grips With Ebooks - 3

Getting To Grips With Ebooks - 2

Getting To Grips With Ebooks - 1

WIN ALL OUR CHILDREN'S BOOKS!